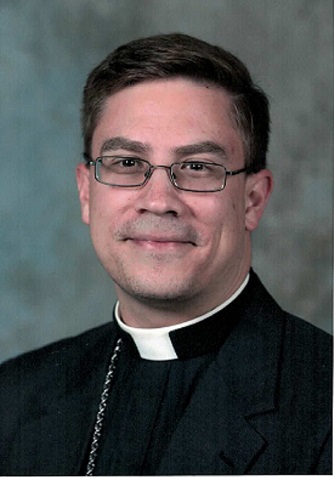 Pastor Michael Boyer has served Immanuel since 2007 and has been the senior pastor since 2014. He and his wife Stephanie have four children: Peter, Sarah, Jacob, and Grace. Pastor Boyer was born and raised in Dearborn, Michigan, and is a graduate of Concordia Theological Seminary in Fort Wayne, Indiana.

Pastor Charles Kuhl has served Immanuel since 1998. He was born and raised in the Sebewaing area but served his entire full-time Ministry out of state. After his retirement in Connecticut, Pastor Kuhl and his wife Jean relocated to Sebewaing where Pastor was asked to serve as an assisting pastor for ILC.

Barbara Bleck grew up in Oklahoma with her mother as her first piano teacher. At age thirteen she began playing the organ in church and at fifteen began formal organ lessons. Barbara received a Bachelor of Music degree from Oklahoma State University before moving to Chicago, where she lived for many years. While in Chicago she earned a Master of Music degree from the Music Conservatory of Roosevelt University. Barbara’s official work as Immanuel’s Director of Music began in July 2016.

Traci Kuhl began serving as Immanuel’s church secretary on November 1, 2021. She has responsibilities for the church office, producing congregational publications, maintaining the church records and calendar, and many other things. Not much gets done at Immanuel without her help. She and her husband Matt have two young boys that keep them busy.

Tim Smith & Cindy Smith Tim has served as a custodian since 2002. His responsibilities include both church and school. Tim’s wife, Cindy, served Immanuel and our sister church, St. Paul in Unionville, as interim youth leader until 2013. Tim and Cindy reside in Sebewaing; they have two grown children.